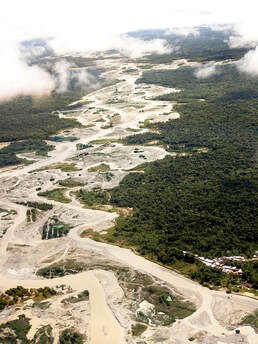 Steve Cagan is a birder and photographer who has been traveling to El Chocó, a Pacific rainforest area in Colombia, since 2003.  The area faces threats to its rich rainforest and its human cultures. The threats come from mechanized gold mining, indiscriminate logging and industrial agricultural projects. In this region marked also by violence of the civil war and the displacement and death that have been visited upon the communities, Steve works with communities and organizations.

Despite the long odds against them, people in the communities have worked to save their environment, and with the help of committed NGOs, they have won some impressive victories. Steve will share images of some of the birds he has enjoyed seeing in the area and then share some of the ways he has been able to contribute to the efforts to resist and overcome those environmental and social threats.

Steve will also describe an error that a bird conservation organization in Colombia made in their relationship with local communities - from which we might draw lessons for our own work. The talk will end with a look at the recently published e-book about the issues around mechanized gold mining. 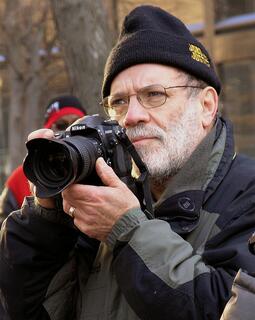 Steve calls himself a birder and photographer—not a bird photographer. Though he does take pictures of birds, his major work is related to social issues and community responses to those issues. He has exhibited and published photography on four continents. He has published reviews and critical writings in a variety of professional journals and books. Major awards include two Fulbright Fellowships, a National Endowment for the Arts Fellowship, and several Ohio and New Jersey Arts Council Fellowships. Steve taught at Mason Gross School of the Arts, Rutgers University, 1985-1993. 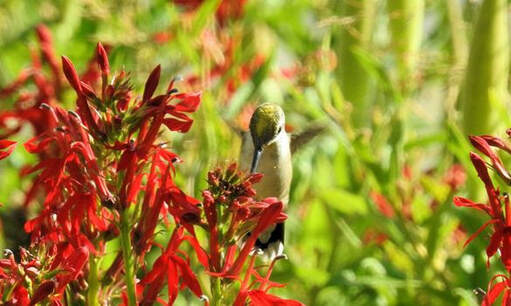 Video recording available here
​
How can we best feed birds in our yards?  The accepted wisdom of many feeders brimming with commercially-grown seeds is increasingly seen as one of the lowest priorities for helping both nesting and migrating birds.  Are we supporting birds that are relentless predators on open-cup nesting species?  The answer lies in designing and planting a wide array of native trees, shrubs, and perennials to host the widest possible array of native insects, while avoiding the temptation to plant non-native and potentially invasive plants sometimes sold as "bird-friendly".  Recent research suggests the highest probably of success for nesting Black-capped Chickadees results from yards planted with more than 70% native plants.  We'll talk about turning yards of any size into truly bird-friendly habitats.                       >>More info is available here!
​Wednesday, August 5, 2020 - no recording available 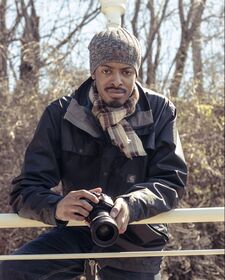 Nature Cinematography: Kestrels in the Hood

Local filmmaker, Najada Davis, dazzled us as he recounted his experience filming wildlife. Najada grew up exploring local parks in Cleveland. During his time at Lakeland Community College, he started exploring video as a career choice and later turned towards film as a way to continue his outdoor adventures. His most recent adventure was right here in Cleveland with the Ohio City falcons. He shared tips to document wildlife yourself. 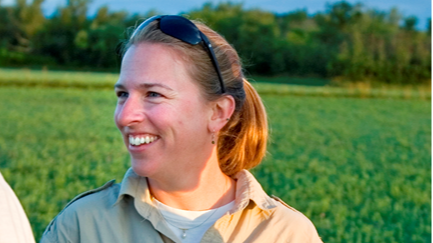 The Trumpet in the Orchestra of Evolution:  The Story of the Sandhill
Crane in North America


​​​Sandhill cranes are the most numerous of the world’s fifteen crane species. They inhabit many varied places in North America – and Asia! – in both migratory and non-migratory populations. Join us for a talk that will follow this species from tropical forests to arctic tundra, and the places they go in between.
​
Anne is a research associate in the Field Ecology Department (now the North America Program) of the International Crane Foundation. She works on an ongoing long-term study of Sandhill Cranes. She also works with the Whooping Crane Eastern Partnership to study the ecology of the newly reintroduced Whooping Cranes in Wisconsin. 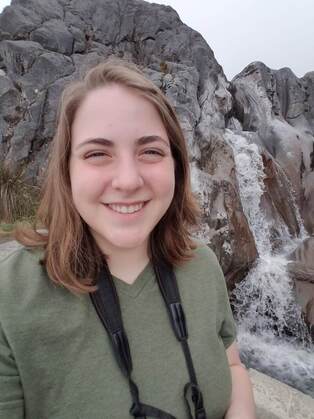 Global wildlife populations have declined 58% in the past 50 years. Currently, scientists study these declines using human-conducted biodiversity surveys. But the time commitment and expert knowledge required to undertake these surveys limit their scale, making them insufficient for addressing urgent, global problems. To address this gap in data collection, the Kitzes Lab at the University of Pittsburgh is developing automated methods of surveying sound-producing animals such as birds, frogs, wolves, and insects. These methods combine inexpensive autonomous recorders with artificial intelligence capable of identifying bird sounds. In this presentation, we will discuss the "why" and "how" of automated acoustic surveys.

Tessa Rhinehart is a scientist developing methods to study birds and other sound-producing animals at large scales. As a Research Programmer at the University of Pittsburgh, she uses computer programming and statistics to recognize animal sounds, collect population data, and understand and conserve ecosystems. Tessa is a native of Bradford, Pennsylvania and graduated from Swarthmore College with a dual degree in Mathematics and Biology. Outside of work, she is an avid birder and enjoys painting and drawing what she encounters in nature. 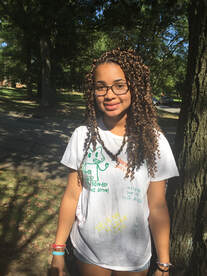 ​My experience in Birding Camp Colorado

Helena Souffrant, a junior at Western Reserve Academy, has been interested in all things nature for many years. She is a member of the Earth Initiative Club at her school and a member of the Ohio Young Birders Club. In addition to birding, Helena enjoys hiking, kayaking and playing the hammered and mountain dulcimers.
In 2019 Helena was the recipient of a Kirtland Bird Club scholarship to attend the American Birding Association's Camp Colorado, the subject of her presentation. 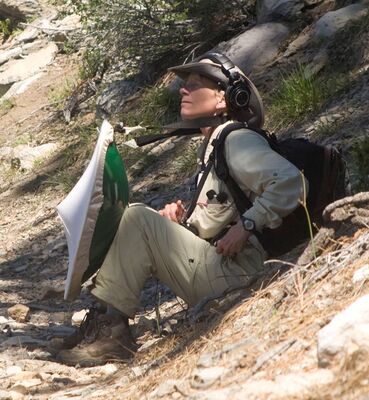 A group of dedicated volunteers have been performing systematic bird surveys at Cleveland Lakefront Nature Preserve (CLNP) several times each week since July of 2014. With over five years of data collected, we will make some observations about the survey effort to date, present some preliminary results, and discuss how the surveys fit into broader efforts to monitor bird populations.

Laura Gooch is a civil engineer by training and an ornithologist by avocation. After practicing environmental engineering for more than 15 years, she began photographing and observing birds. She is currently a research associate with the ornithology department of the Cleveland Museum of Natural History and a licensed bird bander affiliated with the Black Swamp Bird Observatory. Her bird-related work includes bird photography and song recording, bird banding, migration monitoring through night-flight call analysis, bird study skin preparation, breeding bird surveys, and coordination of systematic bird surveys at Cleveland Lakefront Nature Preserve.
​ 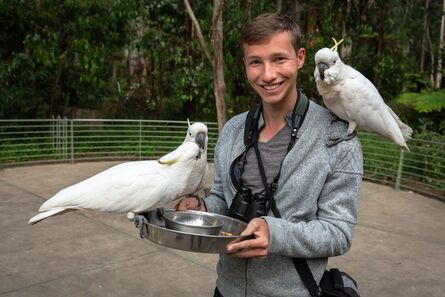 The End of the Rainbow came to me
Lukas’ Adventures in Micronesia!

Join Lukas Padegimas for an evening filled with his tales of adventure on the remote islands of Micronesia, a region of thousands
of remarkable islands stretching across the tropical Pacific Ocean. These islands are home to vibrant cultures with peculiarities found nowhere else on the planet, endemic birds whose ranges sometimes extend no further than a single mountain peak, and pristine coral reefs. Lukas will share some of his best misadventures and the lessons learned while on his quest to experience everything the islands have to offer. You, too, will learn why Lukas believes it is one of those places on earth where childhood dreams come true!

Lukas’ adventures began when he decided to join a FWS expedition to the Alaskan Arctic to study shorebirds in lieu of attending his high school graduation. Since then, Lukas has visited over 20 countries, published two books about his travels, and aimed to make the best of every day of his life. For the last two years, Lukas has lived on Chuuk in the Federated States of Micronesia and served as the Court Attorney for the Chuuk State Supreme Court. In his spare time, Lukas snorkeled the surrounding reefs, dove many of the 60+ shipwrecks found in the Chuuk Lagoon, organized trips to rarely accessible places, and composed music. In addition, he traveled throughout Micronesia to learn as much as possible about the customs and traditions of the surrounding island groups and, of course, birded along the way. 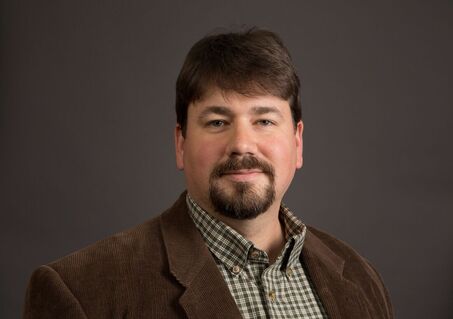 Dr. Andy Jones returns for his annual talk to the Kirtland Bird  Club to highlight the recent exciting findings from the world of ornithology.  There are thousands of academic papers published every year on the biology of birds. These new discoveries are sometimes highlighted in newspapers, magazines, and on your Facebook feed, but far too many simply don't get the public attention that they deserve.  Dr. Jones will highlight the taxonomic changes that birders will want to know about, as well as other discoveries that will simply make you a more observant and more informed birder.  This talk will cover many exciting aspects of bird biology that were discovered in the last two years.

Dr. Jones received his BS in Biological Sciences from the University of Tennessee at Knoxville, and his PhD in Ecology, Evolution, and Behavior from the University of Minnesota. He originally hails from east Tennessee, where his passion for natural history began at an early age; his current research involves the evolutionary history of birds from the Appalachian mountains as well as the Andes and the Philippines.   Dr. Jones is responsible for the Museum’s collection of avian specimens, which consists of approximately 30,000 study skins and 4,000 egg sets from the Ohio region and western North America as well as approximately 1,000 osteological specimens from Ohio. He is also responsible for specimen acquisition and preservation, maintenance of specimen records, and carrying out original research. His other tasks include providing various services to the scientific community, the media, the Museum’s exhibitions and education divisions as well as the public at large. Dr. Jones was among 14 prominent American ornithologists to be named an elective member of the American Ornithologists' Union (AOU) in 2009, and in 2014 he was elected as Secretary of the AOU. 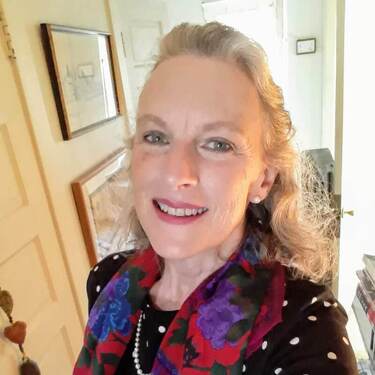 Urban Birding Cleveland:
Connecting to the Nature Around Us

​Betsey O'Hagan guided us through a pictorial retrospect of the recent 'Urban Birding with David Lindo' activities November 2-9, 2019.  A variety of activities that week introduced Mr. Lindo to our region's finest citizen scientists, birders, and conservation-minded public. Participants explored iconic natural areas in the Lake Erie Basin, engaged with next generation birders, and investigated issues and restorative solutions to address the future challenges of wildlife, habitat, and people co-existing in changing urban landscapes.

Betsey is as an innovative digital design architect and collaborative leader for transformational change. She dedicates her time to helping conservation organizations leverage the power of the Internet for business operations, entrepreneurial enterprise, and citizen science communications for future generations. 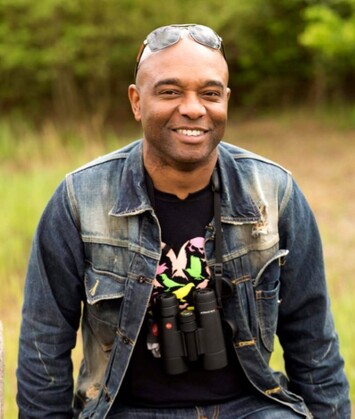 David Lindo, A British citizen, is Vice-President of the Wildfowl & Wetlands Trust and was voted the seventh most influential person in Wildlife by BBC Wildlife Magazine.  He is a Member of the British Guild of Travel Writers and a Fellow of the International League of Conservation Writers, Proud Ambassador for Leica Birding, London Wildlife Trust, Rare Bird Alert, EcoNoja Feria Internacional and the Colombia Bird Fair, President of The Friends of Suntrap Forest Education Centre, and author of several books including the recently published, How to Be an Urban Birder. David will present on his urban birding experiences around the world in an effort to raise awareness and educate people on the importance of preservation and conservation of bird and wildlife habitat.

David Lindo’s visit to northeast Ohio celebrated the launch of Urban Birding Cleveland, a Western Cuyahoga Audubon Society initiative for local birders of all ages.  The week was filled with opportunities for the public to join David and Cleveland’s expert bird walk leaders, birders, and dedicated citizen scientists on a series of urban bird walks and field trips that showcased northeast Ohio’s iconic green spaces and birding locations in Cleveland and the surrounding Emerald Necklace. 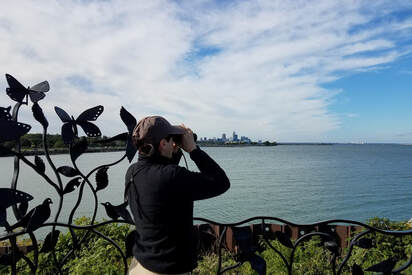 Members and guests are invited to attend field trip to Cleveland Lakefront Nature Preserve instead of meeting at the Cleveland Museum of Natural History.  After the walk we will meet at Muldoon's Saloon & Eatery to have  a food and informal discussion of the club's future.